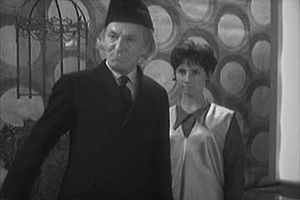 As readers of this blog can see, I am a big fan of Doctor Who.  I have watched, and will be reviewing, all of the "new" series.  My interest in the classic episodes has grown.  I decided to go back to the beginning of Doctor Who (first broadcast on November 23, 1963).


"An Unearthly Child" starts in an alley.  We see that the T.A.R.D.I.S. is there.  Later, two teachers are discussing a student named Susan.  Susan is amazingly intelligent in some respects but does not know some of the basic facts of life.  She lives with her grandfather.  The teachers follow her home only to find the T.A.R.D.I.S.  They make their way aboard only to find that her grandfather is the Doctor. 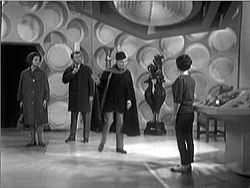 What becomes quickly apparent with this incarnation of the Doctor is his lack of patience with humanity.  He comes off as more severe.  He is very critical of his granddaughter's love of humanity.  In the new Doctor Who revival (beginning in 2005) the Doctor loves mankind.  I would imagine that we will see this develop as the series progresses.  One of my favorite parts of this series is the way each incarnation of the Doctor adds different aspects to the story.  Another obvious thing with the William Hartnell Doctor is the age.  He appears to be an older gentleman and that fits the grandfather role he plays in this one. 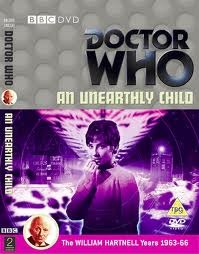 Carole Ann Ford plays the role of the Doctor's granddaughter (Susan Foreman) to perfection in this episode.  She rattles off some complicated formulas then turns around and does not know if the metric system is in use.  It is not revealed, at least in this episode, who her parents are.  We also do not find out the identity of her grandmother.

On a curious aside, the musician Susan is listening to is named "John Smith".  "John Smith" is the name taken by the tenth Doctor in the two part story  called "Human Nature/The Family of Blood".


It was a great start to the classic Doctor Who.  "An Unearthly Child" is definitely worth watching.
Posted by Jim Black at 12:20 AM

I tried to watch the first episodes but I found them to be pretty unwatchable.

I thought this one was good. Maybe I'll have a different opinion of the later ones.
The "New Who" is one of my favorite television shows. I plan on reviewing all of the episodes since the return of the show in 2005.